​We are a group run entirely by volunteers that exists to support the lesbian, gay, bisexual and transgender (LGBT) supporters of Crystal Palace FC.
Most importantly we are all Palace fans, fanatical as any fanatic, with split opinions on issues as varied as the sash v the yellow kit? Eric Ninja Young or Scott Dann? And just like you, we’ve watched an awful lot of mediocre football as a result of our love of CPFC. And we wouldn’t have it any other way.

We want to focus on the fact that we are Palace fans first and LGBT second. Our aim is to show football fans that the LGBT community has a presence and a voice in football, and we are just like any other fans (well probably slightly better dressed, more attractive and with devastating wit!). So we will mostly talk about Palace, but in doing so, we will be open about who we are. We will challenge discrimination within football and in particular at CPFC matches but we want to keep the message one of being united by the red and blue, and being part of the CPFC family.
​
We work in partnership with CPFC to establish a safe space and a social environment for supporters of CPFC that are LGBT and to promote the support of the Crystal Palace FC to the LGBT community as a club they can feel comfortable attending and supporting.
We work with other CPFC supporters groups to raise awareness of LGBT fans and to support general issues affecting CPFC supporters
You’ll find we talk about CPFC a lot, as in the end, we believe that Red & Blue, these two colours unite us all. 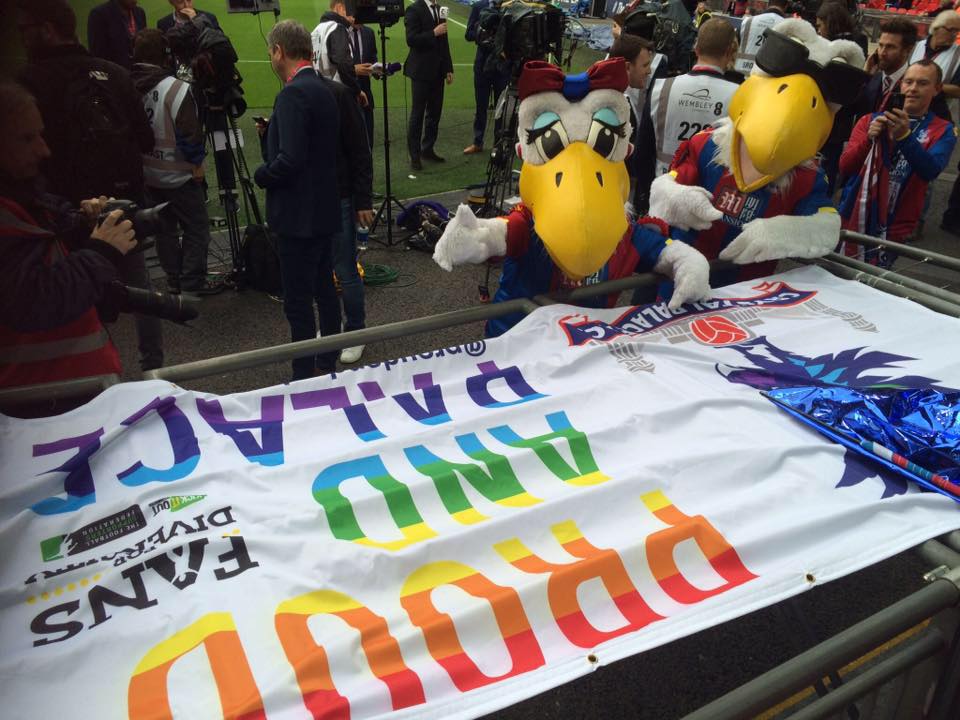